Dev: What do you want me to smell like?
Brit: A sexy, dirty man.

When did your relationship with fragrance begin?

Fragrance is deeply deeply personal to me. As a kid, I loved Bath & Body Works. They had all of these different scents. Back then, they had the Tutti Dolci Collection which was supposed to be Bath & Body Works’ high-end line. It had a limoncello cream and a lotion; they were so good. That lemon candle I love from Bath & Body Works that’s like lemon but dessert, it’s almost what my body butter used to smell like.

And not all expensive scents are good. I love Tom Ford. Tom Ford Orchid Soleil is the only Tom Ford [fragrance] I own. I can count on one hand how many times I’ve worn it because it’s light and floral, and I’m not a floral girl at all. It works. But most designer fragrances are too heavy and overpowering. One spray will give me a headache.

What are your favorite brands right now?

All I’ve been wearing is indie. My top three indie fragrance brands are Commodity, Boy Smells, and Snif. They’re big indie [brands] but they’re so f*cking good and so unique. I think they work on anybody. I’m currently wearing a mix of Boy Smells Cowboy Kush which is your favorite candle [by Boy Smells] and Snif (new) tart deco which is my new, I-feel-sexy, rich auntie, Renaissance era, shout-out-to-Beyoncé vibe.

Layering or fragrance cocktailing is when you take different scents and mix them. There’s a method to the madness because I decide which one gets layered first and which one gets put on top.

I got introduced to fragrance cocktailing by Commodity years ago, [when] I saw them in Sephora. They’re now back in Sephora, [and] they kept the original fragrances that I love, love, love. The first time I saw Commodity, it was very simple packaging: very clean, minimalistic. And I was sniffing all of them.

When I worked in retail–managing a Bendel store, I would go into Sephora on my break and test new beauty products. This was way before I was a founder. And as I was smelling the different Commodity fragrances, I could never make a decision. But I found out that they had a cocktail kit with every fragrance in their Black Collection and every fragrance in their White Collection. And they encouraged you to cocktail, to mix up your fragrances, to spray this and spray that, so that your smell was unique to you.

Commodity was the first brand that I noticed marketed fragrance [in] that way. So my cocktailing experience and routine, now a ritual, really started with Commodity. Realizing like, Oh shit, you can mix your shit. I don’t have to smell like everybody else. In the beginning, you’re going to f*ck up. You’re going to choose fragrances that don’t go together and now it’s on your skin and has to wear off. The more comfortable I got with it, I started doing it with different brands and [different] scents that were on opposite ends of the [scent] spectrum.

Everything about me is unique to me. If you look at my scent wardrobe, I lean towards gender-neutral, predominantly masculine [scents]. Not like DIOR Sauvage-masculine. But like, Damn, I sprayed my ni**a’s cologne on a t-shirt, picked it up two days later and it smells like him but lighter, and airy, and could almost be feminine. Most of my fragrances are on that accord.

When I started layering, I fell in love with Scent deeper than I already was. I’m the girl who, from the moment I moved out of my parent’s house in college and had my own place, wallflowers from Bath and Body Works. Candles. I will set the vibe. And I’ll set the vibe based on my mood. If I’m super happy, you may have something like Bath and Body Works Summer Boardwalk. Nine times out of ten, I’m chill; I want to be grounded. So we’re like a Snif Off the Grid or a Boy Smells Ash. That’s where I’m at with scent. Layering is just fun. When I hug somebody, they’re like, You smell so good!

What is a scent memory you have?

My Daddie always smelled good. When I hugged him–when I left him the day he died–he smelled good. I remember exactly what he had on. He had a black cutoff shirt like you. He had on red basketball shorts. I always wondered what happened to those two items. Did the hospital keep them? Did they cut them and throw them away? What happened? The day he died, we left at 1 a.m., woke up the next morning and he was gone. Once we left the hospital, I went into his [bedroom] and hugged his pillow and it smelled like his natural body scent and Axe. At night, he would spray Axe–which people think is so weird–putting on fragrance before bed, but he did it. And I did it. And I didn’t know he did it until I smelled his pillow. I remember grabbing his pillow and just sobbing.

It’s been four years, and I leave it at the foot of my bed. His pillow is by my feet every time I go to sleep unless I’m out of town. I change the linen once a week. But it took me a good 8 to 12 months to wash his pillowcase because I never wanted the scent to fade. And when I realized the scent had faded and [the pillow] no longer smelled like him, I washed it. I still have the pillow. I still have the pillowcase. The pillow is flat as f*ck now, but I still have the Axe. It’s a small bottle, and I spray it sparingly because I don’t know if Axe still makes it.

In my senior year of high school, [Daddie] took us to Cancun. It was me, both of my brothers, and two of my cousins, and we went shopping. Whenever I shopped, it was usually shoes, bags, and a fragrance. This was before I knew it was okay to gender-bend a little bit and buy male fragrances. I bought this French Connection fragrance and I used to call it fa-kuck. It was really FCUK, and it was a male fragrance. I was like, This sh*t smells so good, somebody has to have it. I bought it for Daddie and he loved it. I thought it was always the same bottle, but when he died and I went into his bathroom, a brand new, large bottle was sitting on his counter. I still have it and it still smells amazing, and it was cool to see. I hate that I found out after he died that this f*cking fragrance I bought him in 2008, he’s been repurchasing all these years.

What’s a scent that evokes feelings of nostalgia?

I started wearing it in high school because my best friend at the time used to always smell like Pink Sugar. I was like, What the f*ck, this is so good. I think I bought my first Pink Sugar bottle from Sephora.

For my Sweet 16, we threw a big party at Revolution Nightclub in Fort Lauderdale. The nightclub was hosting Panic! at the Disco for a concert and they were big. And [the club] asked what I would want for a birthday gift, and I told them I wanted to see Panic! at the Disco but the tickets were sold out. They gave me four tickets. It was all girls I cheered with. And as we were getting ready for the concert, [one of the girls] sprayed Pink Sugar. It was so sweet which is the total opposite of the sh*t I wear now, but it was so gentle and so fun and so youthful.

I think Pink Sugar is the fragrance I’ve repurchased the most. It just reminds me of [girl friends], being fun, being youthful. We were flat ironing our hair with our CHI flat irons because back then, CHI flat irons were expensive, b*tch. We were that girl. I went to Mac to get my eyeshadow done. I know exactly what I wore. I wore this green shirt that I bought oversized. And I wore it as a dress with a white camisole under it. [The shirt] had metallic gold stars everywhere.

When I went to the Mac counter, I got green and gold eyeshadow. My face was beat. My brows were done because my Sweet 16 had just passed. I still had extensions. I was not allowed to wear weave because I had full, thick, long hair. I could only wear extensions for prom, homecoming, and my Sweet 16. It was bone straight. And it was perfect. I had a perm so I didn’t have to worry about my edges sweating out.

Aquolina Pink Sugar is the scent that brings me the most joy. Everywhere we went–we could be going to cheer practice–we were going to drench ourselves in Pink Sugar. It just reminds me of my youth and the times in my childhood when I did have fun and it wasn’t stressful and I didn’t have a whole bunch of responsibility.

good for you never looked this damn good. 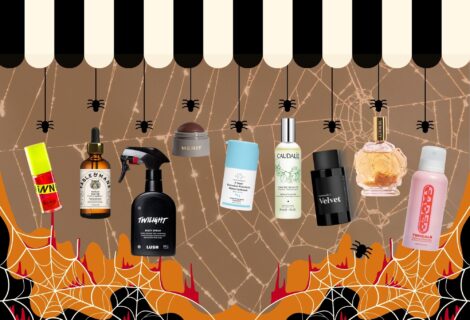 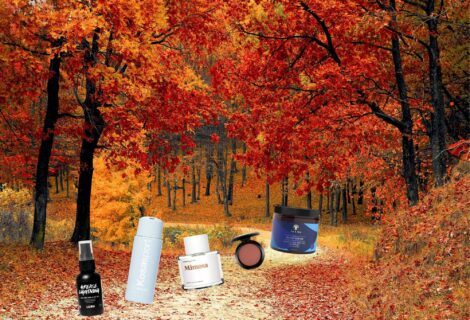 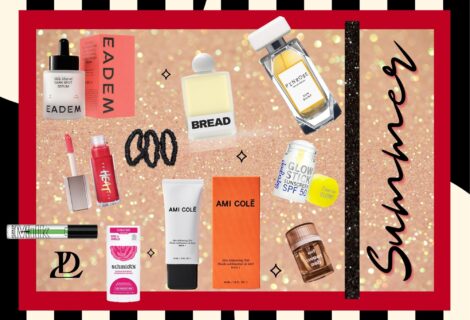 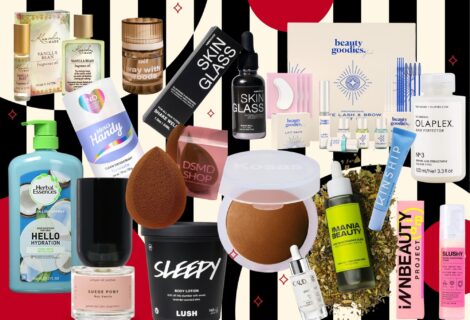