Though Goddess Amina has a physical location in Atlanta, Georgia, she travels the world to experience and learn from other species and cultures. We had an opportunity to chat with her about the orgasm which she describes as “a star exploding from the inside out.” A study concluded that experiencing orgasmic pleasure has pain-suppressing effects, can reduce anxiety, and positively affects gender equality. It’s that goddamn serious. But despite the orgasm being a high indicator of sexual satisfaction and healthy sexuality, more than 90% of men experience orgasm during intercourse while women sit at 50%. Read on to discover the juice.

How do you define an orgasm and orgasmic space?

An orgasm is the absence of tension. For many of us, we talk about releasing tension as an orgasm. Orgasmic space is where we get to exist where tension is absent. It’s a foreign space for many of us, so when we come into that space it can be jarring, it can be frightening, but it can be delicious and exciting too. It’s often a mix of things, especially when we’re first introduced to the orgasm.

What is the difference between orgasm, climax, and ejaculation?

The climax is a composite of sensations. I have all of these sensations, all of these pieces of pleasure that are put together, and they get to a point where it feels really good to be in that moment for a second. You get this taste of it, a little taste of orgasm, a little taste of heaven. All of these things come together, and you’re in that moment for a second or a few seconds. Your heart is racing, or tension is fully expressed in the body because it’s so good and it’s so much. You’re just like, Ooo!

Ejaculation is on the other side of that. Ejaculation is that physical release like, Okay, I’ve gotten to that point. It’s an expelling of that tension and excitement in liquid form, whether it is semen or female ejaculation. Here it is, it’s showing up now.

Then, you have an orgasm which is very different. Orgasm is the expansion of every cell in your body. Every part of you is releasing at that moment, and that moment can go on for an hour. Climaxes don’t last for an hour. Climaxes are typically very brief, lasting 3 to 4 seconds. You may have multiple climaxes where you’re continuing to climax over and over again.

Orgasm is like a star exploding from the inside out, reaching out to the fingertips and expanding into your energetic field where you feel the sensation of the energy of air around you. If you’re with a partner, you feel that partner connection even if you’re not touching each other. There’s a palpability where you become fully present. You’re not investigating, you are simply being and sensing. Everything that promoted any type of resistance to your existence is gone in that moment.

All of them are great. I always tell people who say, “Ah man, I don’t think I’ve ever had one of those,” it’s okay. We don’t chase the orgasm. The orgasm is game day. We want to be there but we have to do other stuff to get there. You don’t just show up to the Olympics, you gotta get ready. There’s meditation and breathwork, there’s dance and movement. Learn how to move tension out of the body in order to shift into orgasm. If you’re stiff and tight and locked up, your orgasm is going to get caught in that three-way and never come out.

What types of orgasms are there?

I believe in one type of orgasm. My saying is, “God is an orgasm.” To meet an orgasm is to meet yourself as a god, as the body. There is no type to that, that’s an experience. But there are a variety of climaxes we experience. To me, orgasm is the ultimate spiritual experience. There are not five types of heaven, there’s just Heaven. What most people are referencing when they talk about types of orgasms or different pleasure points are different access points for pleasure. For example, the clitoral orgasm or the vaginal orgasm, which is interesting because clitoral and vaginal are very hard to separate.

Orgasm initiates in the brain; the clitoris is just a gateway to remind me to release tension, to be present. There are a lot of nerve endings there, so it makes it easy to remind me to be present. The rest of the body is similar. I’ve had an orgasm from the arch of my foot being sucked. None of the books talk about the arch-of-the-foot orgasm. Where’s that chapter? At that moment, that was just how I was able to surrender. The sucking of the arch of the foot assisted me in that surrender.

When did civilization begin exploring self-pleasure, then shaming it?

I can’t imagine a time when it was an issue until it became one. I love to watch the primates. If you pay attention to the bonobos, they’re very similar to humans. Large primates in general are pleasure-centered. Without any rules or any Bible, I’ve watched them play with themselves, with their genitals, with each other’s genitals, being very free and light and playful. I imagine my ancestors moved similarly.

It wasn’t until we configured a sky god that was watching us all time that we shifted in order for us to feel like we could still communicate with them. It’s the oldest story in the book. All of a sudden you’re corrupt because you’re aware that someone might be watching. Before then, you were in the Garden of Eden living and loving. Whether that story is true or not, the metaphor is still well received.

We are designed for pleasure. The clitoris has no other function than the pleasure we know of, that we’ve identified. I imagine my ancestral line is one that, from its inception, was exploring its own body and figuring out what was what. Therefore, the clitoris was discovered from day one. How could it not be?

At what age do we begin to explore pleasure?

Most children explore pleasure in utero. We have images of children in the amniotic sac self-soothing with a gentle touch to their bodies. We witness that continuing into toddlerhood. As infants, we don’t pay much attention to it. We’re really careful about the way we sexualize the body of an infant, but as soon as the child is old enough to start talking and walking, we as adults become scared.

If you’re around a two-year-old, they’re going to touch their genitals all the time because it feels good. Until somebody says, “It’s nasty,” it’s totally normal. Children are exploring this the whole time. And there’s usually a point where we shame them out of it as adults, as the responsible parties:

“People can’t see you do that.”

“Go to your room and do that.”

The body starts to take in these shameful messages around pleasure and what feels good. Then we end up hunching dolls, hoping no one notices but knowing it feels good. There is a heaviness there that something is wrong, we shouldn’t be doing this, we don’t want to get caught. And we carry that into our relationships as adults.

How does negative commentary affect our mental health?

It closes us off to the ability to have an orgasm, to move into an orgasmic place because we hold tension. If I’m tense around my pleasure, it may still feel good but we get these climaxes, these moments of, Ah, that felt really good! But we limit our sexual capacity because we hold tension around revealing that we are sexual beings.

We hold tension around getting caught or liking it too much. Letting ourselves go completely is heavy with all kinds of implications. The ability to be is being presented in a space where you hold shame, guilt, fear, apprehension, and lack of knowledge. You can’t just be, so there’s no releasing the tension until we get to the space where we can. Then it changes.

How does the inability to unlock tension affect our relationships?

Tension is often there to protect you. One thing we often neglect in understanding our bodies is, our bodies are tense in general. Speaking right now of a specific tension we hold is lower-back tension. The tension is there temporarily to protect you. The body says, “Last time, you moved like this it hurt, so I’m going to protect you from pain. I’m going to tense up so that you never move like that again.” That’s what tension is. We show up in relationships like this. The last time we did that, it caused pain or grief or loss so let’s be tense around this thing to protect it so we don’t suffer pain, grief, or loss again.

This is where tantra comes in. Tantra is a Buddhist philosophy where suffering is inevitable. You don’t brace for suffering, you learn to allow it. Suffering is going to happen and you are going to survive and life will go on. As you start to embody that, as you start to let your body know you don’t have to protect me, it’s going to stretch and lengthen so that when you move it doesn’t hurt. I’m going to take some personal responsibility so that the tension doesn’t have to be there. I’m going to address what the tension is protecting. This allows us to move into an orgasmic space.

How do we unlock orgasmic space?

The first thing is, you have to start being in your body. Orgasm and sex is game day; that’s the final, that’s the championship. No one gets there just because they walked on the court. You must have a practice that brings you into your body on a regular basis. You have to stop relying on people [and things] to pull you into your body which is what we tend to do with sex or our vibrators, instead of truly spending time with ourselves, with our bodies.

This interview has been edited for clarity and length. 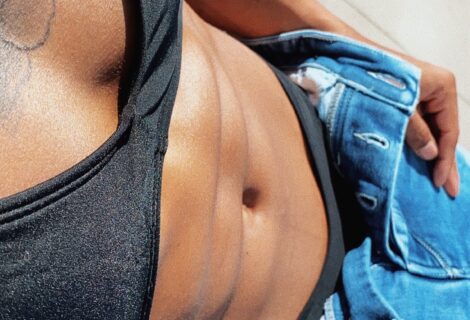 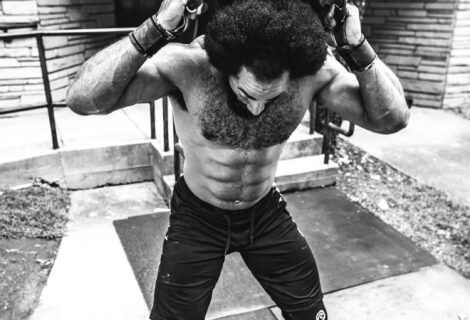 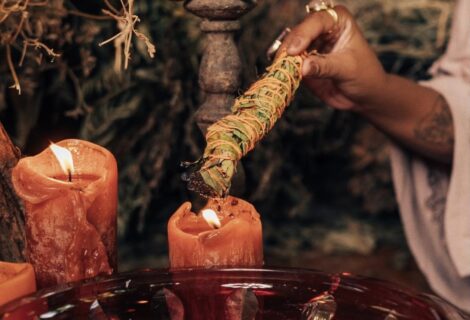 How To Check Your Disrespectful Chakras 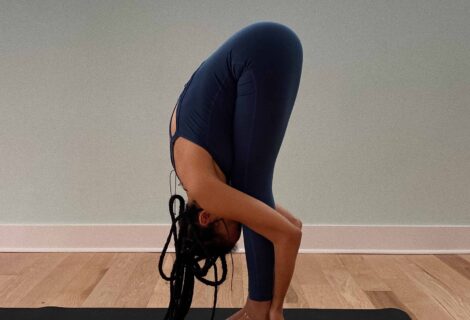 Wake Up with These 3 Yoga Poses